Mahindra Mojo 300 likely to be launched in June 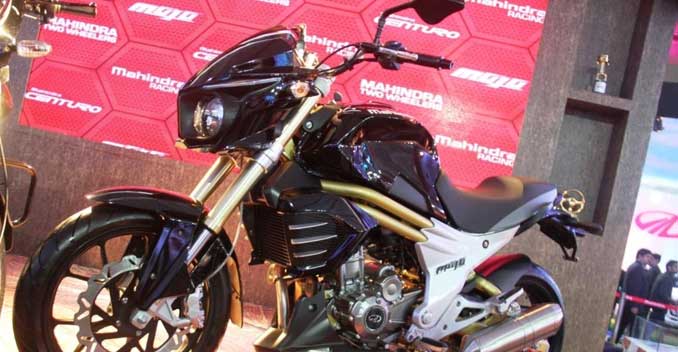 First showcased as a prototype at the 2012 Indian Auto Expo, the production-ready version of the Mahindra Mojo 300 finally made its debut at the recent edition of the Indian Auto Expo in February 2014. This naked looking bike was expected to launch in 2013, but the launch delayed as Mahindra Two Wheelers' first innings wasn't quite a profitable one. Everything changed after the re-launch of the company's flagship commuter bike Centuro, which currently is drawing profits for the two-wheeler wing of Mahindra Group. While, the Centuro is already doing well, the company seems confident of Mojo's success.

The production-ready version of the Mojo 300 looks a little different from the concept showcased in 2012. However, the design largely remains unchanged. The front looks more practical with revised twin headlights. What is also interesting is the digital speedometer with analogue tachometre with a shift light and low fuel warning indicators.

The Mojo also gets radial brakes, USD forks and Pirelli Sport Demon tyres. Powering the bike is a liquid-cooled, 4-stroke, single cylinder engine that mated to a 6-speed transmission, churns out a maximum power output of 27bhp.