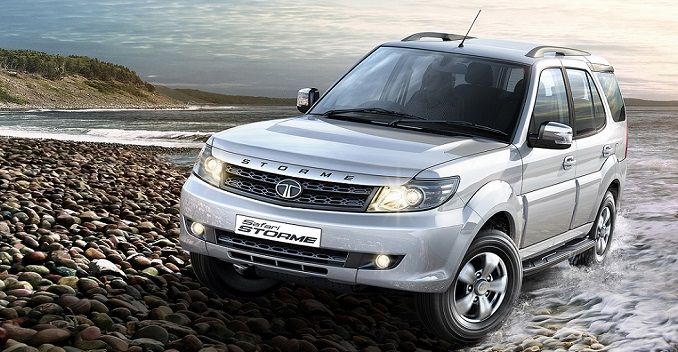 Tata Motors has finally launched the 2015 Safari Storme facelift in India at a starting price of ₹ 9.99 lakh (ex-showroom, Delhi). The company claims that the updated Safari Storme comes with improved performance and added features.

Though the engine of the SUV remains the same, 2.2-litre VARICOR, it has been tuned to offer about 10bhp more than the previous model. This engine now churns out a maximum power output of 148bhp and 320Nm of peak torque, mated to a 5-speed manual gearbox. The company says that the 2015 Tata Safari Storme is a refined vehicle, and now achieves 0-100kmph in mere 14 seconds.

Talking about the features, the vehicle now gets a new infotainment system powered by Harman. The infotainment system features an LCD screen, with Bluetooth connectivity, iPod-in, USB-in and AUX-in, along with a CD and AM-FM player. The SUV also gets six speakers and steering mounted audio controls. 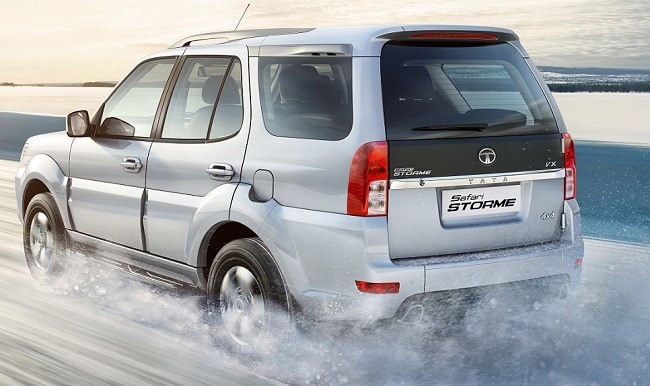 Speaking on the occasion, Mr. Girish Wagh, Senior Vice President, PPPM (Program, Planning and Project Management), Passenger Vehicles Business Unit, Tata Motors, said, "As India's first SUV - the Tata Safari has constantly evolved catering to varied requirements of the Indian car buyer, inspiring them to not only think big, but to also think adventure with their families. The new Safari Storme launched today is based on Tata Motors HORIZONEXT, having evolved for a more engaging and connected drive, boasting added masculinity, with increased power. The new Safari Storme has a host of integrated connectivity features for a more complete vehicle experience, new design elements to the exteriors and the interiors, for added dynamism, boldness and aggression, along with a superior road presence."

The home-grown carmaker has also revised the vehicle's design as it now gets a new upper and lower front look grill in Charcoal Grey and Ocean Grey (variant-wise). Other changes are - a new diamond motif with 'Storme' in black on the silver cladding of the vehicle's hood.. The SUV's roof rails too is revised.

Just like the exterior, the interior changes, too, are minimal with Java Black Colour theme, highlighted by silver accents on the dashboard and door handles. The seats too look slightly different with contrast stitching.