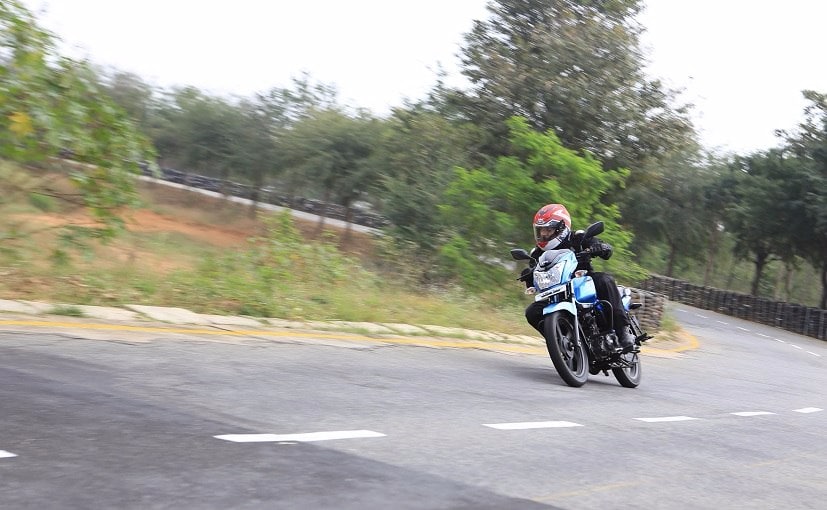 TVS Victor - the name ring a bell? The Victor was the flag bearer of the Hosur-based two wheeler manufacturer's commuter motorcycle line-up a decade ago. The old TVS Victor, when launched in 2001, did almost the unthinkable for TVS Motor Company. A refined, yet frugal engine, as well as comfortable ergonomics and good ride quality made the TVS Victor immensely popular.

During the time it was in production, the TVS Victor developed a loyal fan following, and even dented sales of the market leader in the commuter motorcycle segment. Rising competition, and a slew of new products in the same segment however saw the Victor brand eventually discontinued in 2007. History lessons apart, the Victor is a very important brand for TVS and one, which now the two-wheeler manufacturer has again revived, in a fresh, new product in the 110cc commuter motorcycle segment.

Indeed, the 2016 TVS Victor, has a lot of expectations riding on its - er, handlebars. The new Victor however, is not just a facelift or a "tweaked" and upgraded version of the old model. TVS says the company did considerable market research to understand what the target customer seeks in a new commuter class 110cc motorcycle. So, the development of a brand new product claiming several best in class features and technology was begun. And those efforts show in the result.

The 2016 TVS Victor is refreshingly new. The overall design speaks out high quality - full proportions and a muscular silhouette point to the contemporary styling of the bike. Sharp creases run along the length of the body and complemented by smart graphics create an essence of a 'premium' commuter motorcycle. 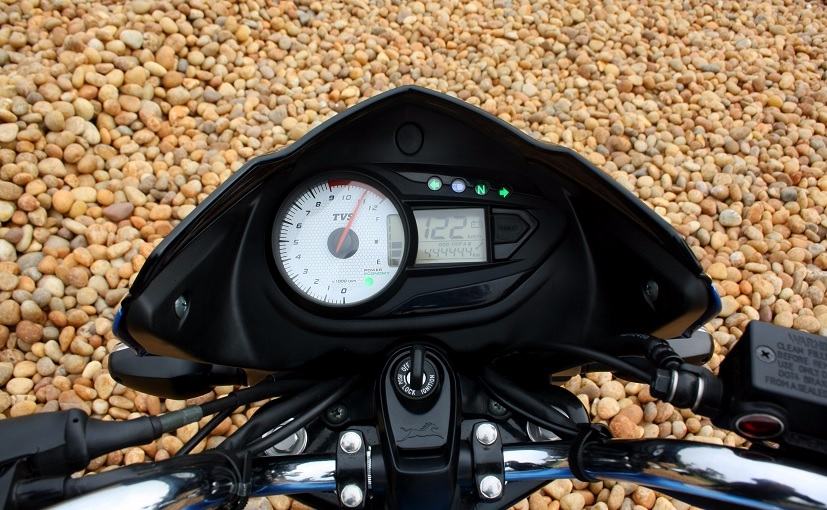 A modern part-analog, part-digital speedometer takes pride of place in the cockpit. Although not over-the-top hi-tech, the instrument panel is neat and offers good readability. Switch gear is of decent quality too, although the engine kill switch has been given a miss. Instead, that switch has been swapped for the hazard lights. The short and stubby exhaust muffler looks good and supposedly engineered for better performance and efficiency. 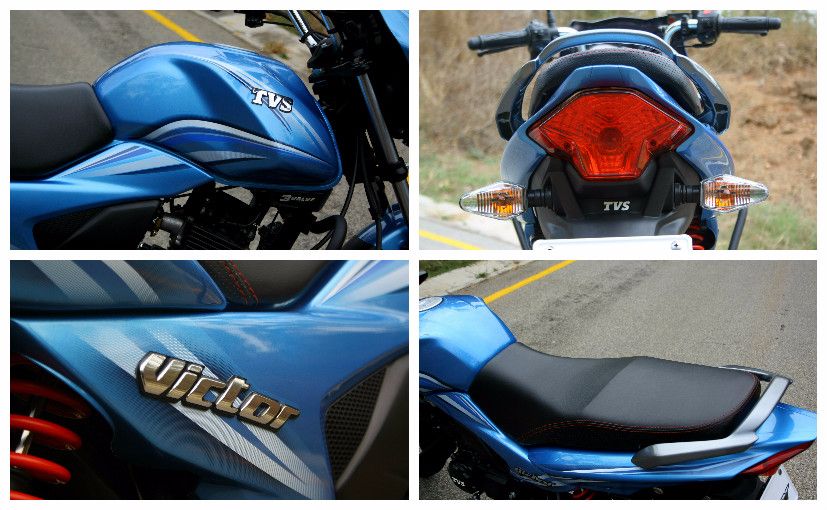 The single piece seat is wide and long and there's been considerable thought and research given to its design and development as well, says TVS. The result is a claimed best-in-class comfort for both rider and pillion. The large clear lens headlight too has been designed keeping in mind the voice of the customer. Although we didn't get a chance to check its effectiveness, the headlight is also said to give best-in-class illumination, both on low and high beam. Then of course, the rear end gets a sleek look with a softly rounded grab rail and a smart looking hexagonal tail lamp flanked by clear lens indicators.

The most significant change however, is in the heart. The all-new single-cylinder, air-cooled, 110cc engine from the company's Ecothrust series makes 9.46bhp at 7,500rpm and 9.4Nm of peak torque at 6,000rpm. What's worthy of mention here is that TVS has designed the engine with a unique combustion chamber oil cooling jacket around it, making for better performance, better NVH levels and very good throttle response. 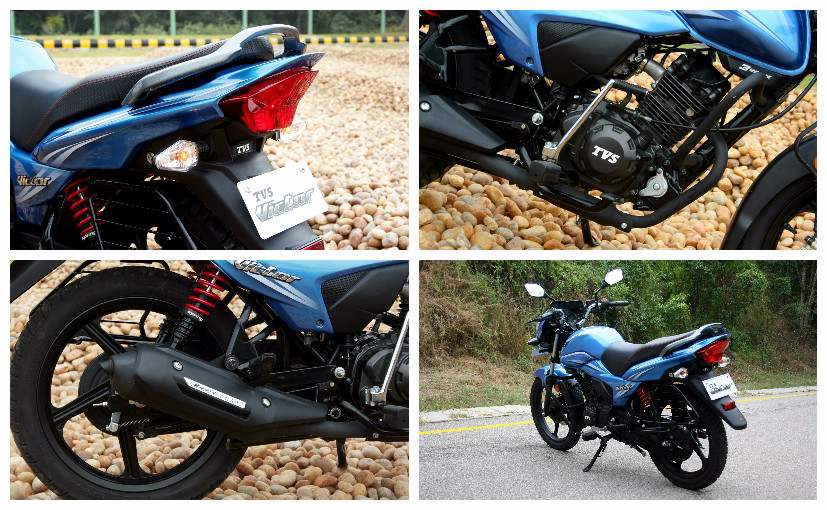 The engine starts with a mild note and performance is par for the course. Initial pick up is quite impressive and so is in-gear acceleration. What is noteworthy is that refinement levels are quite commendable - and are clearly evident at speeds between 55-70kmph - speeds normally where such commuter bikes will eventually be ridden. That's not to say that the 2016 TVS Victor is not capable of higher speeds.

At the TVS Motor Company test track in Hosur, we managed to hit a top speed of 94kmph. And for a 110cc engine, there is no sense of harshness or vibrations even at higher rpms. The TVS Victor can easily cruise steadily between 70-80kmph, without breaking a sweat or even letting the rider get any sense of the engine feeling strained or protesting from high-speed riding.

Ride quality is on the softer side - again to cater to the customer voice. But the TVS Victor offers a supple and comfortable ride. Whether going through undulations on the road surface or even over broken terrain - the likes of which we subjected the bike to at the test track - the Victor took everything in its stride without protest or giving any sense of losing its composure. 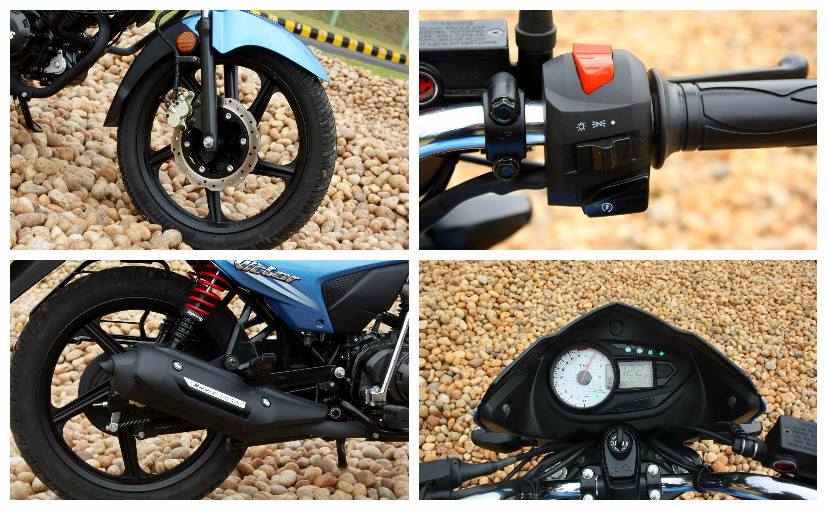 Although not meant for sporty riding, the TVS Victor manages to put a smile when put through the paces of the test track. The chassis doesn't get in the way of sporty riding and offer surprisingly good handling, even when cornering hard. The new TVS Remora tyres - which are said to offer reduced rolling resistance yet significant improvement in wet grip - offer impressive grip. Braking is handled by a 240mm petal disc up front and a 110mm drum at the rear. Overall braking is quite effective and offers confident stopping power from the combination.

The 2016 TVS Victor is positioned at the premium 110cc segment - and it will compete against the likes of the Honda Livo and the Hero Passion XPro. The new TVS Victor is without doubt a well-rounded product, with little to find fault in. How it fares against the competition is another story and we will of course do a full comparison review soon.

Where the TVS Victor could have seen some more improvement is perhaps in the overall design and styling - making it more desirable for the consumer it caters to. But then there is always that customer in this segment who likes the design to be a little understated than brash and young. And that is where the Victor with its simple, yet elegant looks, will have its bases covered well. 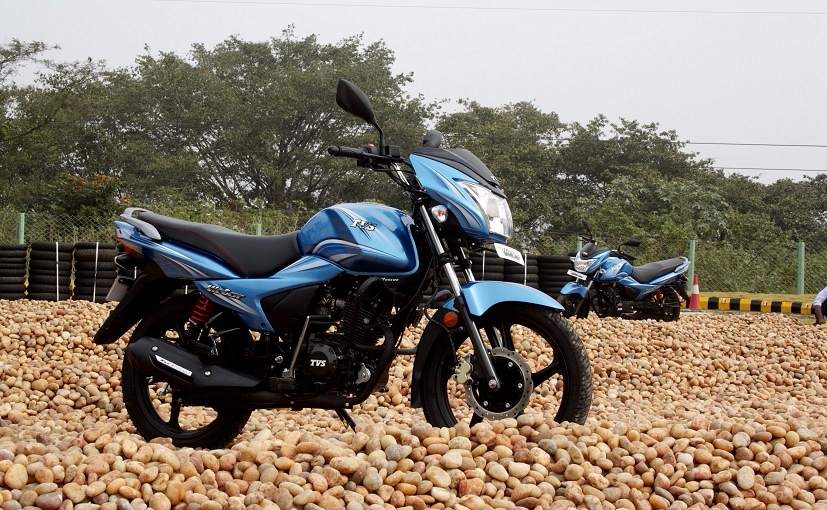 The new TVS Victor is priced at a very Rs 49,490 (ex-showroom Delhi). What you get at that price is a very good 110cc commuter motorcycle - one that will meet most of your requirements - great looks, refined motor, comfortable ride and very good fuel efficiency. Will it revive the magic the Victor brand did for TVS? Not easy to predict. But from all indications, this Victor is certainly going to be a winner, at least for us.