2019 Tata Harrier launch live: catch all the details from the launch event here 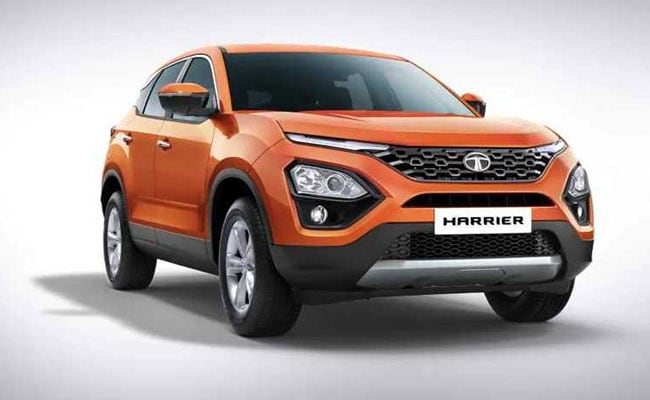 One of the most anticipated offerings of the year, the Tata Harrier SUV has been launched in India with prices starting at ₹ 12.69 lakh (ex-showroom). The new Harrier is the most promising model from the manufacturer yet and is set to take on some very established rivals including the Hyundai Creta, Jeep Compass, Mahindra XUV500, Renault Captur and the newly launched Nissan Kicks. The Harrier is based on an all-new OMEGARC modular platform and will also get the new 2.0-litre diesel engine under the hood, borrowed from FCA.

The Tata Harrier's oil burner is tuned for 140 bhp and 350 Nm of peak torque, while paired with a 6-speed manual transmission. There won't be an automatic available at the time of launch, but you will get the same later in the timeline along with a 7-seater version as well. The Harrier will be available in the 5-seater version when it goes on sale.

In terms of features, the new Tata Harrier comes loaded with a semi-digital instrument console, floating touchscreen infotainment system with Apple CarPlay and Android Auto, multiple driving modes and a terrain response system as well. The all-black cabin further gets premium wood inserts, and an aircraft inspired handbrake as well.

The Tata Harrier's highlight though comes with its design. The SUV is nearly identical to the H5X concept, and retains the LED daytime running lights on the top that also double up as indicators. The headlamps are unconventionally positioned close to the bumper, and introduce a new look on the offering. The 2019 Tata Harrier is competitively priced as it takes on the established rivals in the segment

Catch all the Highlights from the 2019 Tata Harrier SUV launch here: 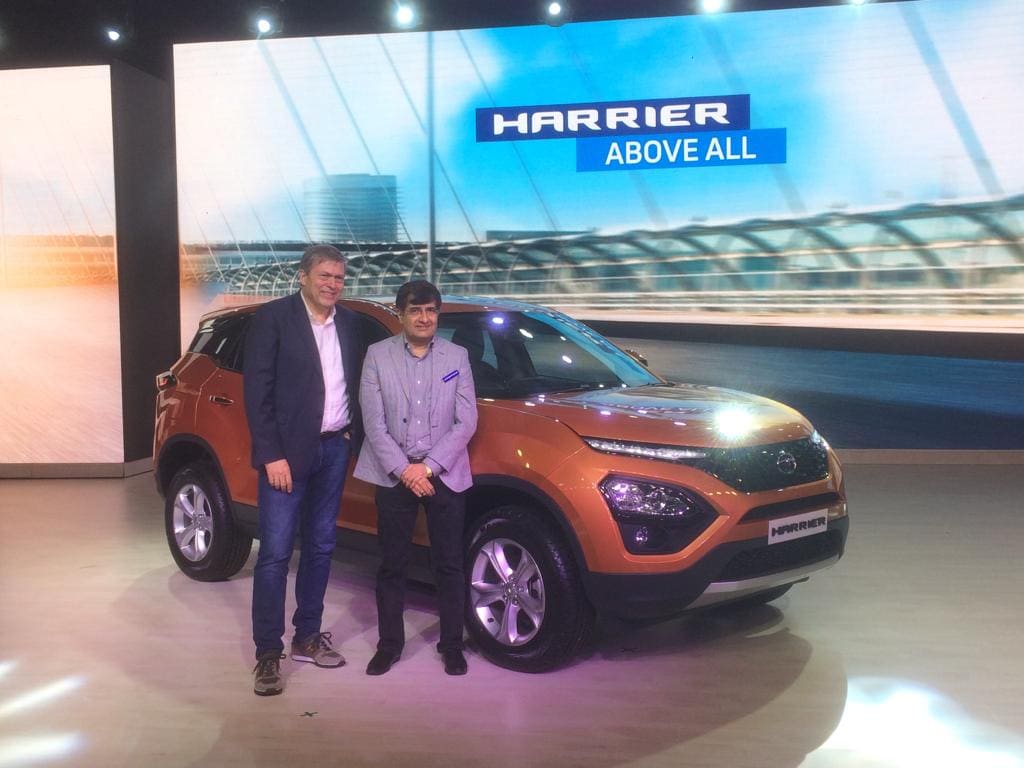 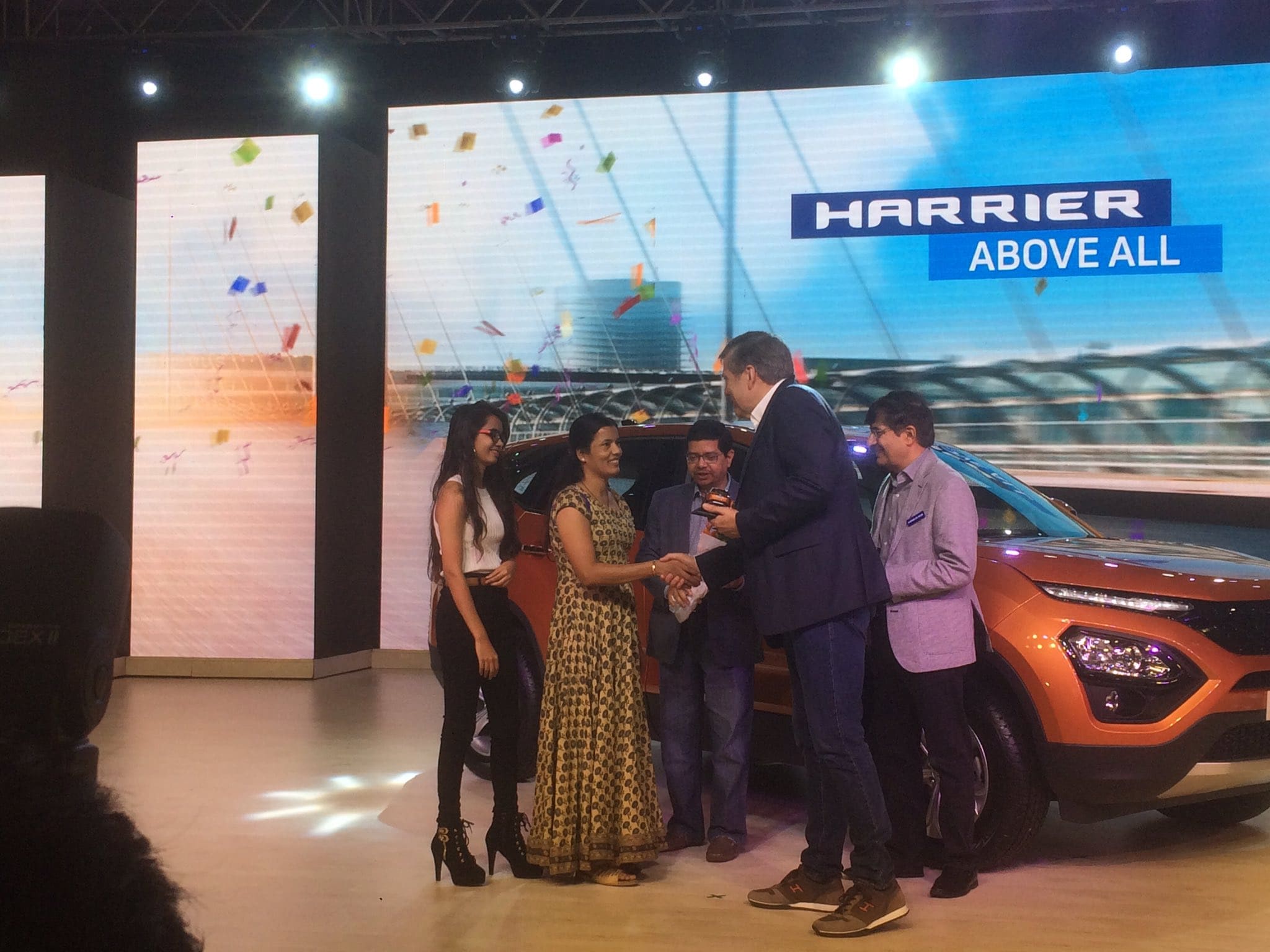 12:42 PM
2019 Tata Harrier Launch: Engine
The Tata Harrier gets a 2.0-litre diesel engine tuned for 138 bhp and 350 Nm of peak torque. Only manual transmission on offer for now with a 6-speed unit while it also gets a Terrain Response System.
There are three driving modes on offer including City, Sport and Eco. The
12:39 PM
Tata Motors says the new Harrier has been tested for 2.2 million kilometres across varying terrains and weather conditions.
The car underwent over 300 real life crash scenarios. 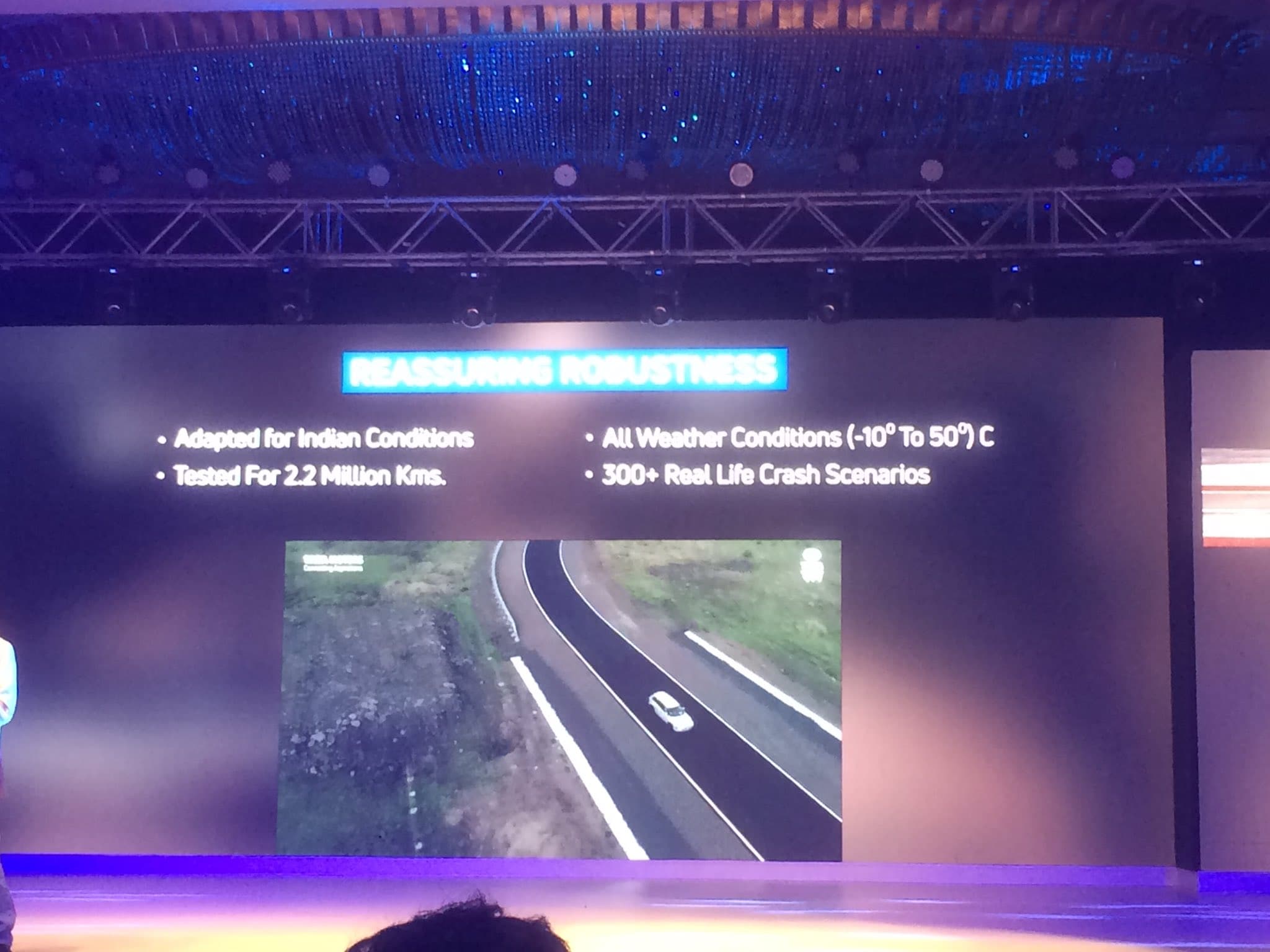 12:35 PM
The Tata Harrier is based on a derivative of the Land Rover D8 platform. The SUV gets a newly developed suspension developed collectively by Tata, Jaguar Land Rover and Lotus Engineering of the UK.
The SUV also gets several components from companies based globally including Honeywell and JBL from the US; Magneti Marelli from Italy and PT Excel from Indonesia, amongst several others. 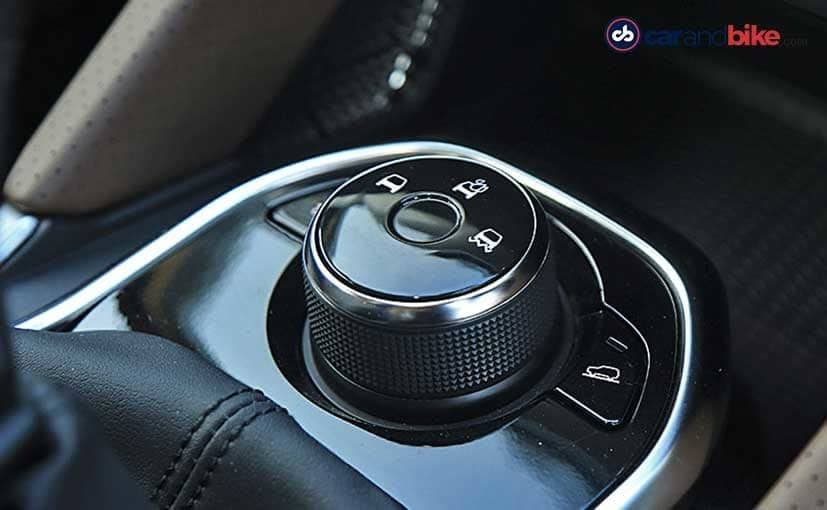 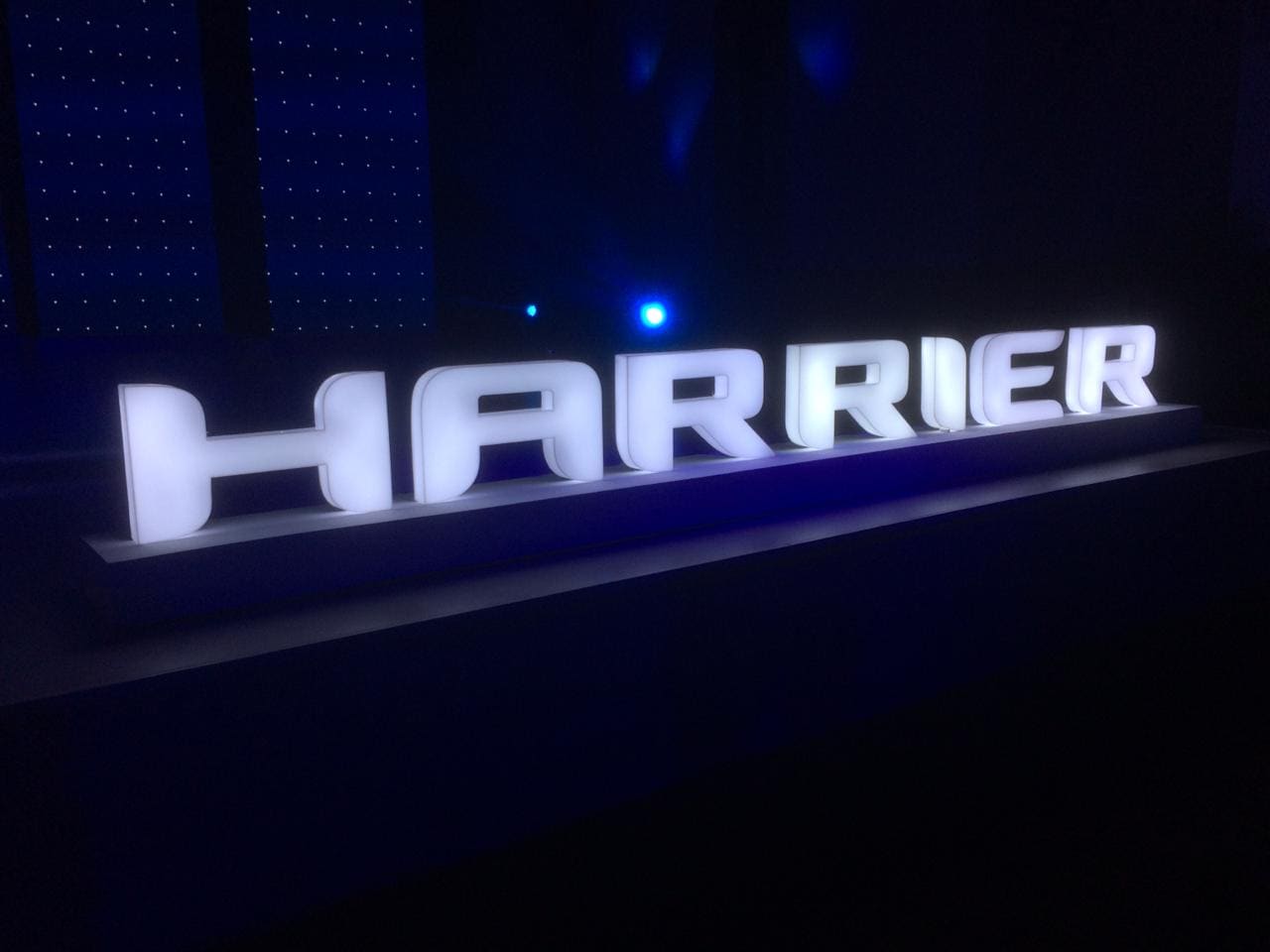 11:23 AM
2019 Tata Harrier Launch: Engine Specifications
The new Tata Harrier uses a 2-litre 4-cylinder turbocharged diesel motor, that Tata motors calls Kryotec and is essentially the detuned version of what is available in the Jeep Compass. The engine makes 138 bhp of peak power and 350 Nm of peak torque. The engine is mated to a 6-speed manual gearbox and there is no automatic transmission on offer for now. 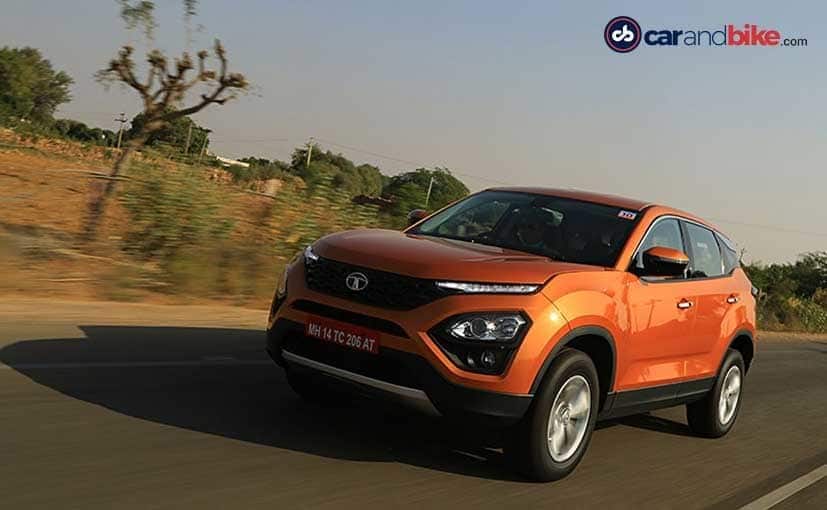 11:08 AM
2019 Tata Harrier Launch: Design
At the rear, the Tata Harrier gets a set of thin tail lamps with LED treatment that are joined by a gloss black panel. Just like the front bumper, you also have a silver skid plate at the rear. And just to round it all off, Tata has chosen to display the name Harrier with a spread out in the centre. 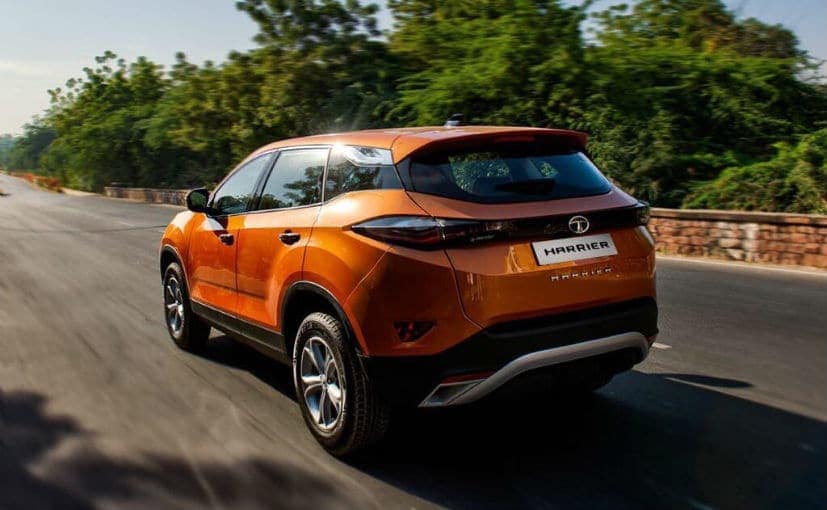 11:01 AM
2019 Tata Harrier Launch: Design
The headlamps themselves are set lower in the bumper and get projector lens right from the base variants with a separate foglamp cluster. The silver skid plate rounds of the look up front. 10:39 AM
2019 Tata Harrier Launch: Design
One of the more distinctive elements on the Tata Harrier is its design. The automaker has retained most of the H5X concept that was showcased at the 2018 Auto Expo, albeit for the obvious production spec changes.

The highlight on the Tata Harrier comes from the split headlamp cluster with high mounted daytime running lights that also double up as the indicators. The large Tata-esque hexagonal grille also adds to the bold look of the SUV. Tata calls the new design language ImpactDesign 2.0. 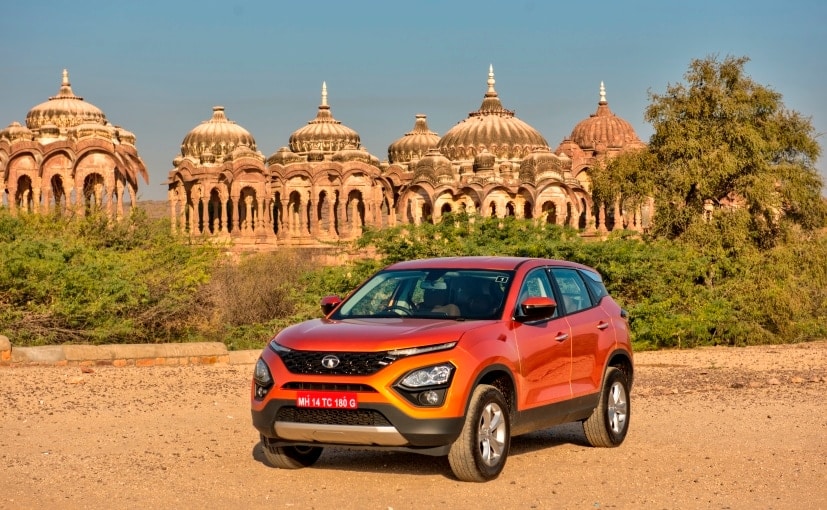 10:28 AM
The Harrier comes with 235 section tyres available with 17 inch 5-spoke alloy wheels on the top trims, while the base version gets 16-inch steel wheels. 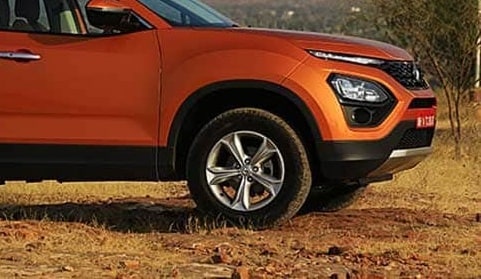 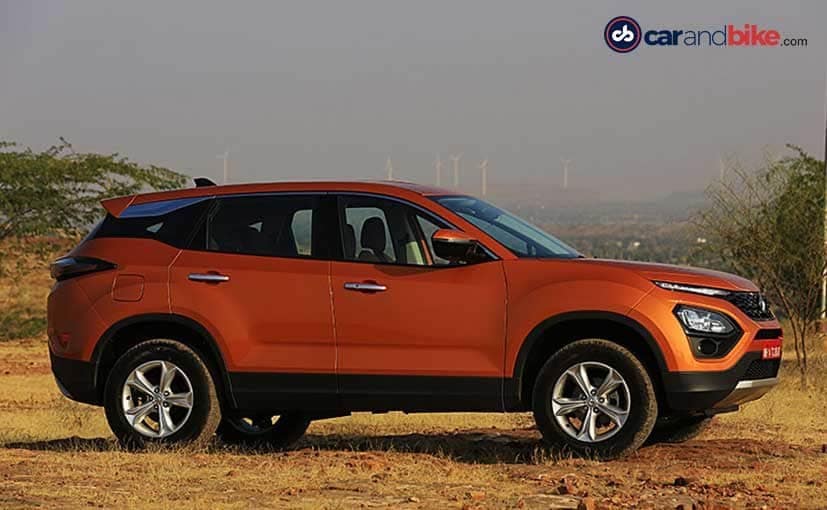 10:03 AM
2019 Tata Harrier Launch
Hello and welcome to the launch of the 2019 Tata Harrier SUV launch scheduled today.
The Harrier is the new flagship offering from the automaker and its most ambitious yet. The Harrier also debuts an all-new modular platform from Tata Motors - OMEGARC, and will be sold in the highly competitive compact SUV segment.
While a host of the details on the SUV have been revealed, Tata will announce prices for the Harrier later today.
Keep watching this space for all the updates LIVE from the launch event here. 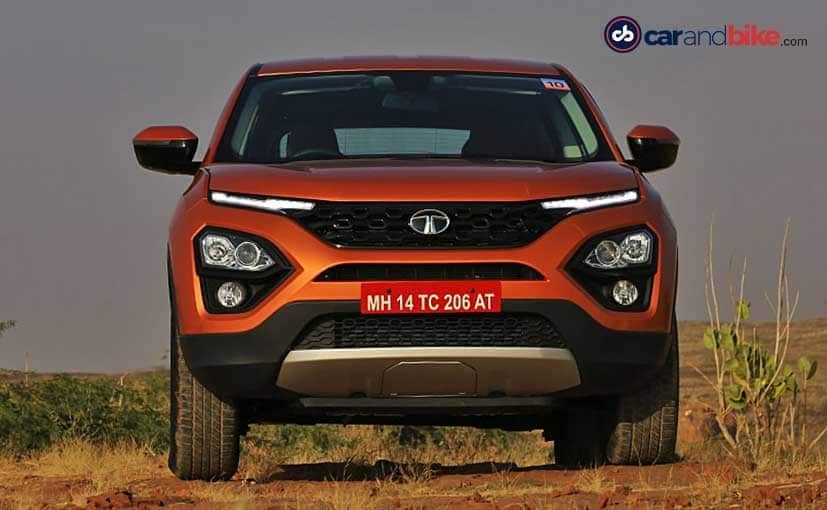 Mahindra Bolero Camper
₹ 7.35 - 7.9 Lakh *
View More
Subscribe to Our Newsletter
Over 1.5+ Lakhs subscribers
Thank you for Subscribing to Us
x