Will the new TVS NTorq 125 also get a BS6 compliant engine? 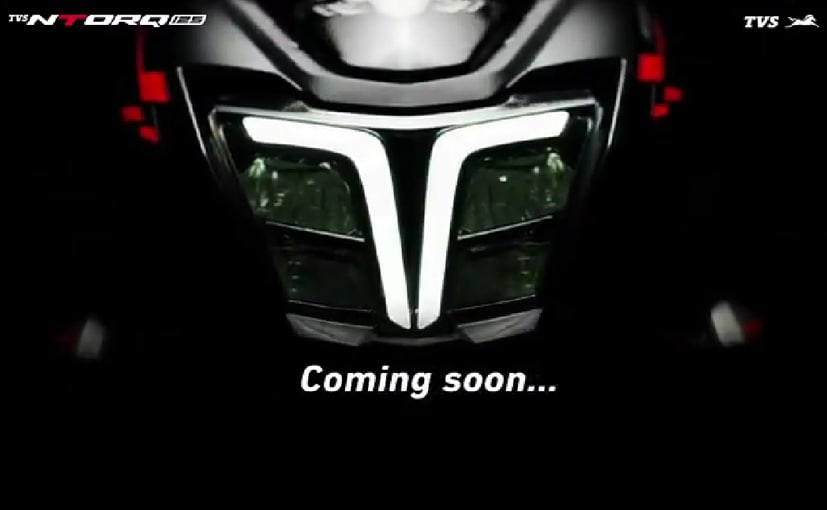 View Photos
The new video provides a glimpse of the new LED headlamp and DRL on the NTorq.

TVS Motor Company has released a new teaser video for an updated version of the NTorq 125 scooter on its social media handles. The new video provides a glimpse of the new LED headlamp and daytime running light integrated in the front apron, without revealing too much on what the rest of the changes will be like. The TVS NTorq 125 is over a year and a half old now and has been well accepted into the market as well. The update is likely to bring a fresh look to the model for the festive season. It is also likely that the two-wheeler manufacturer could introduce BS6 compliant variant of the scooter along with the cosmetic changes.

The LED headlamp on the TVS NTorq 125 is expected to improve the illumination, while also adding a distinctive look to the front with the T-shaped split DRLs that mimic the led taillight design. Other changes expected include a revised front with two air vents above the headlamp. We do not expect extensive design changes to the scooter that is good-looking to begin with. The digital console with Bluetooth-enabled smartphone connectivity could see a few updates as well.

The big question though is if the 124.7 cc single-cylinder, air-cooled motor will receive any changes. In its current set-up, the engine belts out about 9 bhp and 10.5 Nm of peak torque, while paired with a CVT unit. It will be interesting to see if the scooter gets fuel-injection to meet the upcoming emission norms. Other mechanicals will remain the same including the telescopic forks up front and twin shocks at the rear with braking performance coming from a front disc brake and a drum brake set-up at the back. Combined braking or SBS as TVS calls it, is standard on the NTorq.

The TVS NTorq 125 could be the second 125 cc scooter to meet the BS6 norms after the recently launched Honda Activa 125 FI. Expect a price hike on the new NTorq when it arrives in the coming weeks with prices expected in the vicinity of ₹ 60,000-65,000 (ex-showroom).