Racing for the first time saw many factors come into play. Here's how they played out over the race weekend at the Kari Motor Speedway. 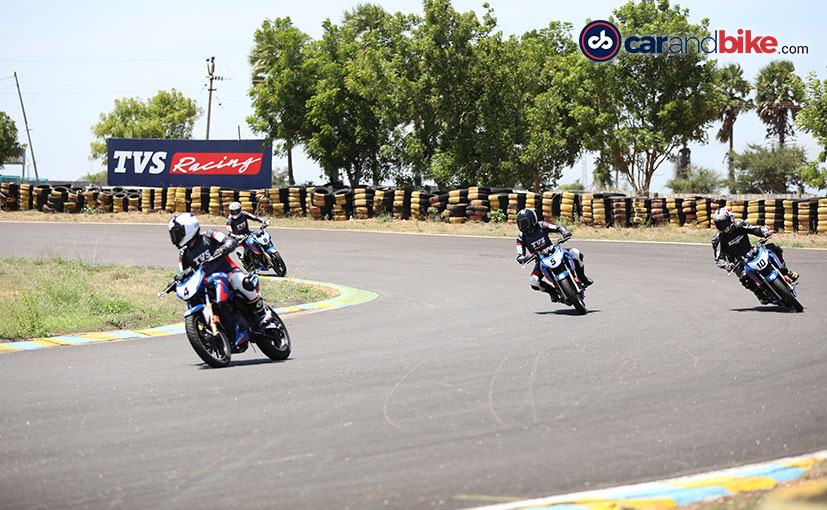 View Photos
Competitive riding is enthralling, fun and enabler for a better skills on the road

I told you about the TVS Young Media Racer Program back in March 2019 and you should read about my first brush with riding on the track HERE. While I did promise myself to lose some weight and get some more track time between then and now, neither of those promises came to fruition. I knew then that there was no podium finish for me at the end of the first race of the program. However, the result was eventually a damper for a completely different reason. This was my first-time riding at the Kari Motor Speedway, and it was quite the experience.

The TVS Young Media Racer Program acts as a support race to the Indian National Race Championship (INRC) and we did follow the same format as a race weekend should. Our two days on the track included the practice session and qualifying on Saturday, and the actual eight-lap race on Sunday morning. 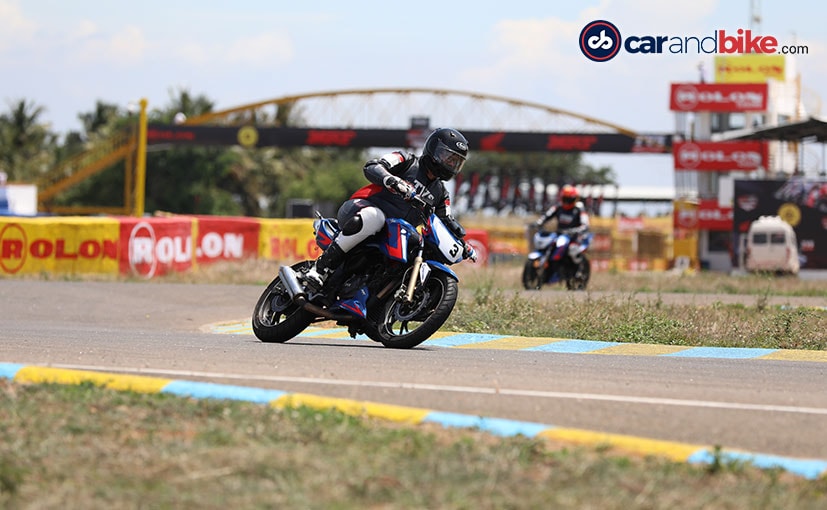 I reached the track optimistically since the INRC kick-starts the motorsport season in India. The skies were the perfect shade of blue and the race-spec TVS Apache RTR 200 4Vs were waiting for us in the pit garage. Unlike Chennai, the weather in Coimbatore does not get exhaustively hot, which is a boon. The track looked ready for action and so was our brigade of 12 journalists. I showed up with my track-spec helmet as instructed, and TVS had a newly stitched leather suit for me. While I did not lose any weight since March, I did not gain any either. But a sizing issue meant the new riding suit was tighter than usual. It took effort and then some to get into one, which severely hampered my movement. Nevertheless, I braved out and made my way to the track on the race-spec Apache. The bikes remained unchanged, but the big update came with the new TVS tyres replacing Pirelli rubber. In fact, the new TVS tyres will run across all the manufacturer's one-make series, along with the Apache RR 310s for the open-class championship. 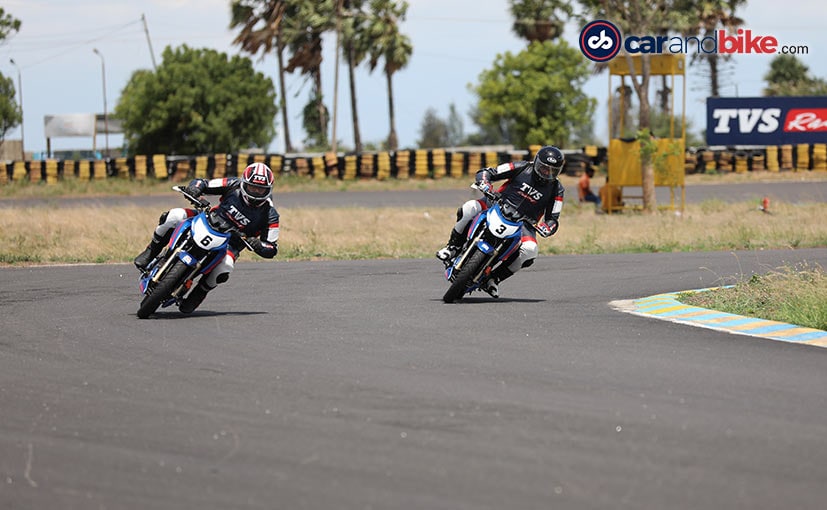 We started our day with the practice session, which gave me a good chance to sample the Kari Motor Speedway. Having been to the track several times before to cover races, this was for the first time I was riding there. It's quite a technical track with two chicanes, long right bowl and a long start-finish straight to tackle. It's also one of the best tracks to gain experience at and I am looking for more time here in the future. In my first stint, however, the tight suit played spoilsport. It turned out to be suffocating whenever I tried to crouch down low while astride the bike. Throughout the practice session, I had to oscillate between breathing and concentrating on getting the lines right. A crash at C1 prompted for the racers to be called back to the pits, and I decided not to go out again till we could find a solution to the suit. Unfortunately, there wasn't any and I had to make do with this one. 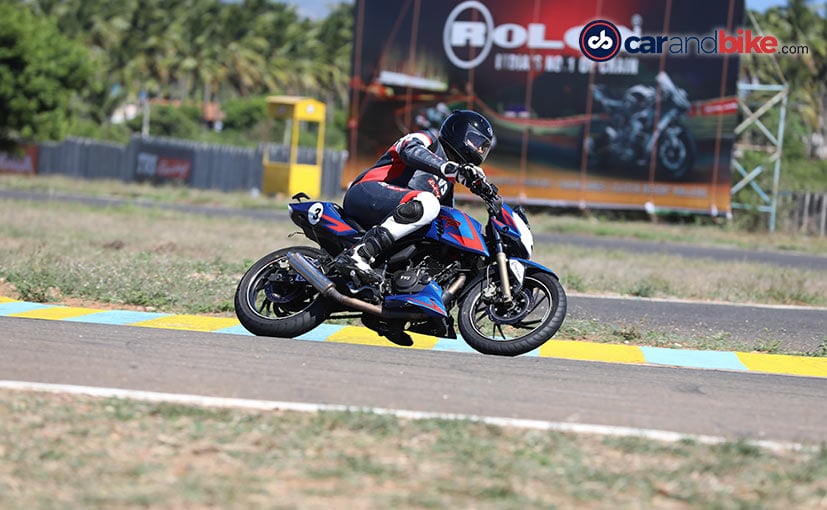 The qualifying was up next, and I tried to put my best performance possible. I got more comfortable with the suit as well and found some movement. Getting to know the track also helped and it was evident in the lap times. My fastest lap time during qualifying stood at 1m40.405s, over six seconds faster than the practice session. It was still 16 seconds behind the pole-sitter Jehan Darukhanawala (of Zigwheels) and I turned out to be the slowest rider of the day, which meant starting at the back of the grid. 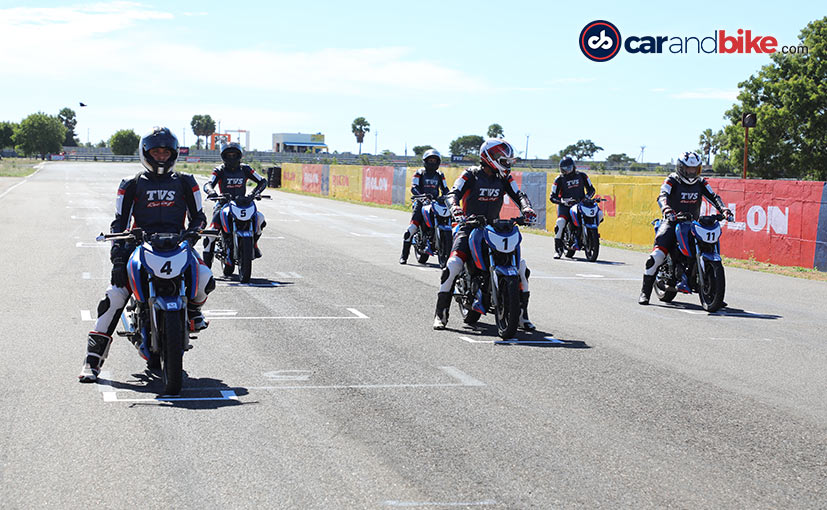 This is it! There was no turning back now

Jumping to race Sunday and we were raring to head to the track. The first race of the program was finally happening, and the adrenaline rush was at an all-time high. Starting at the back meant I could see each racer, and that doesn't help with anxiety. No pressure then! The marshals checked our positions and soon the track cleared out for the race. With my eyes focused upfront, the lights went on one-by-one, and we were off competing against each other. I had a slow start and was separated by the rest of the grid by a distance. Everything I had learned about racing was coming back to me, and it was time to implement each of them. The faster racers sped away soon after C1, but my objective was to complete the race in the best possible position. 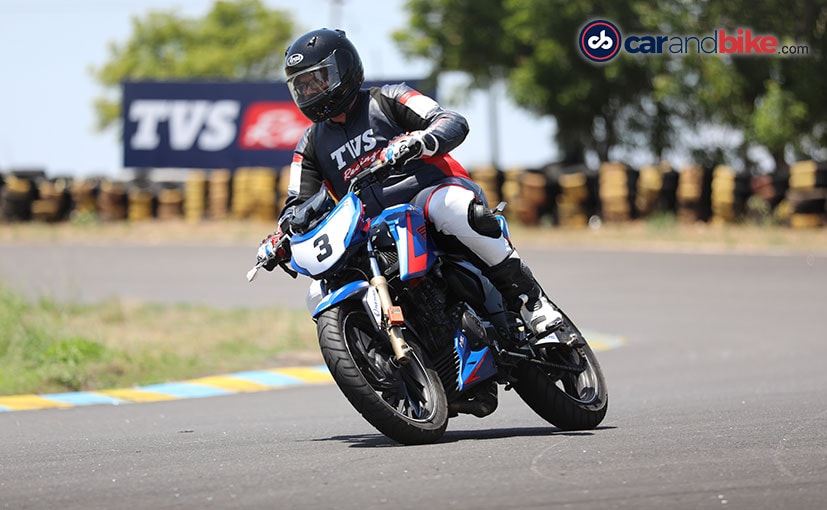 Competitive riding is not just being the fastest, it's also about getting the strategy right

The first two laps were all about getting the hang of things and it was only on the third lap that I tried to make a pass. Syed Shiraz Shah (of Bike Advice) was ahead of me and managed to keep me from overtaking a couple of times. It wasn't until the fifth lap that I did make some progress and found an opportunity on the last corner before the start-finish straight. However, the other racer being lighter gained more speed and passed me again before entering C1. An eleventh placed finish wouldn't be bad and would've nursed my ego too. Alas! Nothing of that sort happened and a similar opportunity didn't turn up again. 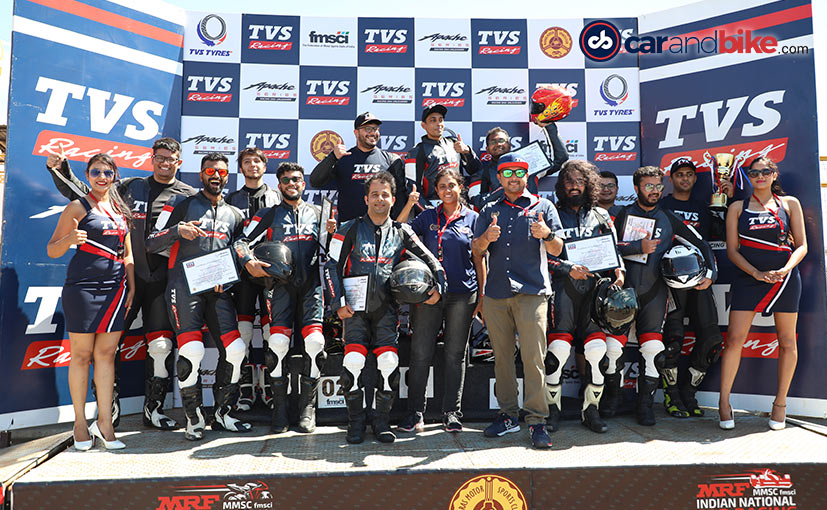 I did complete the weekend without any crashes and there was some solace in that. But the silver lining was putting a personal best time of 1m36.207s in one of the race laps. That's four seconds faster than qualifying and marks personal progress. I was disappointed by how the first race played out and I do think it could've been a whole lot better. It was also a harsh reminder that there's so much to learn and improve with respect to both pace and skill. Nevertheless, the experience of being part of a race weekend as a competitor is surreal. I'll cherish it far more irrespective of my standing on the leaderboard.