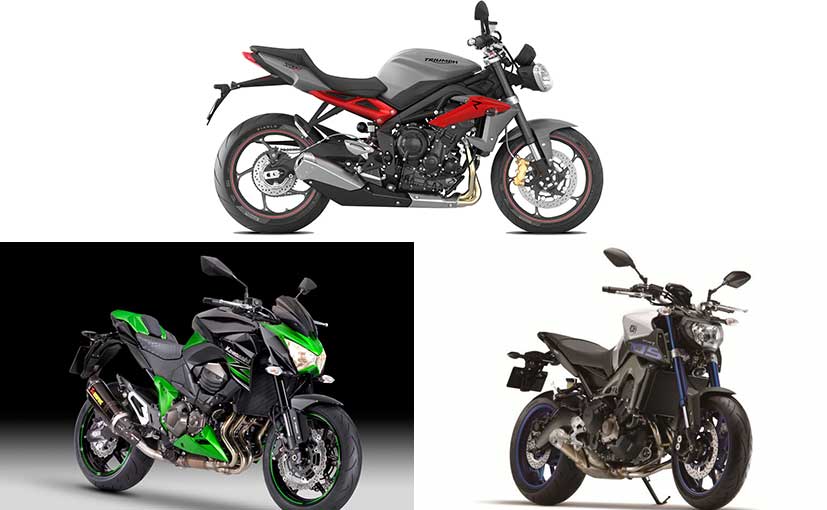 The Yamaha MT-09 street fighter motorcycle was recently launched at the on-going Auto Expo 2016 being held at the India Expo Mart in Greater Noida. The last couple of years have been huge from the point of view of biking enthusiasts as the increase in demand for performance motorcycles has seen a number of company's bring their high-powered offerings to the subcontinent. In the sub-850cc segment, the MT-09 will take on the likes of the Kawasaki Z800 and Triumph Street Triple. Here is the specifications comparison between the 3 competitors. 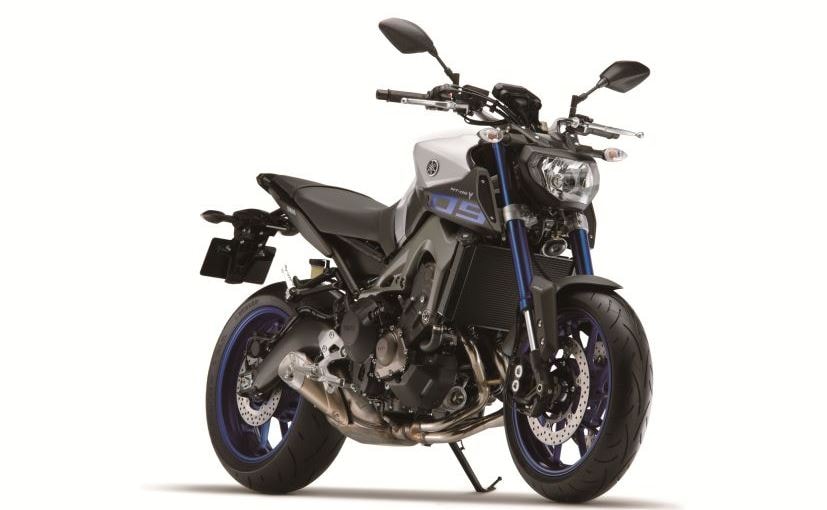 In terms of dimensions, the Yamaha is the tallest and widest of the 3 although the Kawasaki is longer by a margin of 25mm. In terms of wheelbase, the Z800 and MT-09 are nearly the same with the Z800 measuring just 5mm more. The shorter and more compact Triumph Street Triple on the other hand does trump both bikes in terms of ground clearance as its 165mm figure is substantially more than the MT-09's 135mm and Z800's 150mm.

Moving on to the engine technology on use, the Yamaha MT-09 features a powerful 3-cylinder 847cc engine capable of putting out 113.5bhp at 10,000rpm and 87.5Nm of torque at 8,500rpm. In contrast, the Z800 is the closest in terms of engine size with its in-line 4-cylinder 806cc liquid cooled unit that delivers 111.5bhp at 10,200 rpm and 83Nm of torque at 8,000rpm. The Street Triple possesses the smallest engine of the lot. The India-spec version's 3-pot 675cc unit makes 78.2bhp at 11,850rpm and 57.3Nm at 8,375rpm although the Euro-spec iterant is more capable and churns out over 100bhp. All engines are liquid cooled and fuel injected. All bikes come with 6-speed transmission boxes, disc brakes, and ABS. 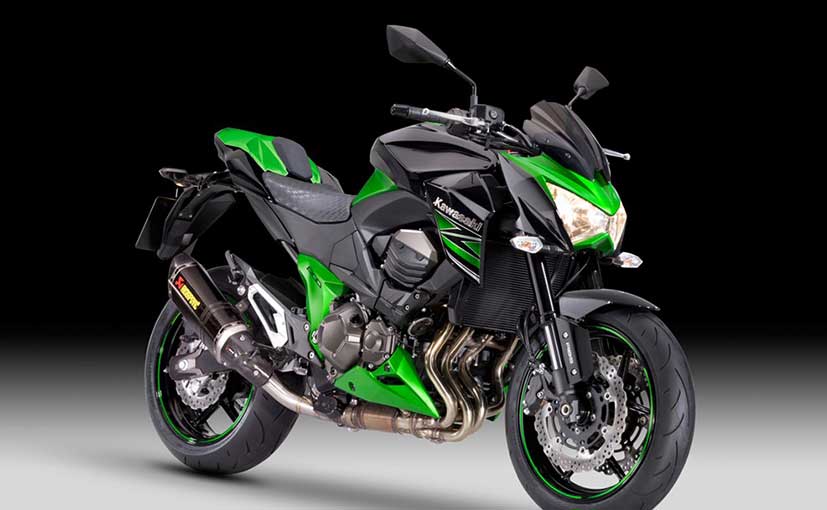 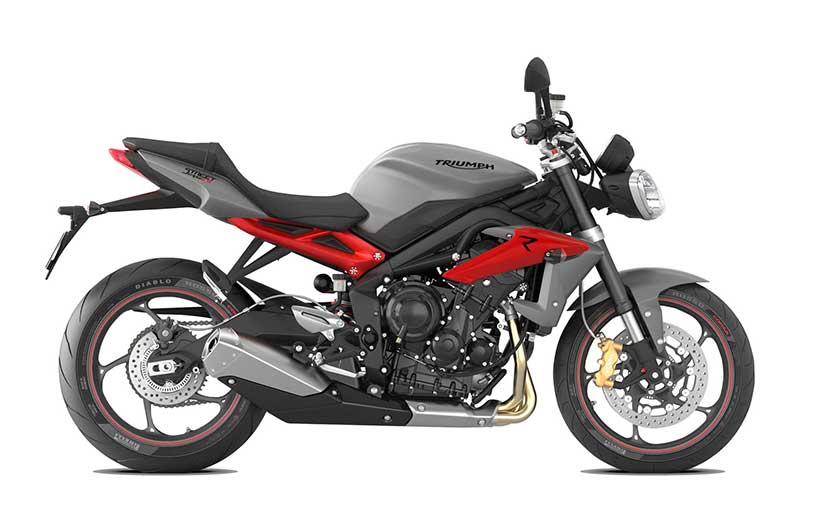 Despite the extremely competitive prices of its competitors, Yamaha has priced the MT-09 at a higher price point. The smallest Triumph Street Triple comes in at a price of Rs 8.38 lakh, the Kawasaki Z800 at Rs 8.59 lakh, and the Yamaha MT-09 at Rs 10.2 lakh. In terms of value, the Z800 comes out on top as it offers great performance at a price point that's over Rs 1.5 lakh lesser than the MT-09 although it's important to note that the Yamaha has arrived in India as a CBU whereas the other 2 are assembled locally, hence the cheaper price tags.