The MG Gloster SUV will be launched in India on October 8, 2020. It will be MG Motor India's flagship SUV and will be laden with features and technology. 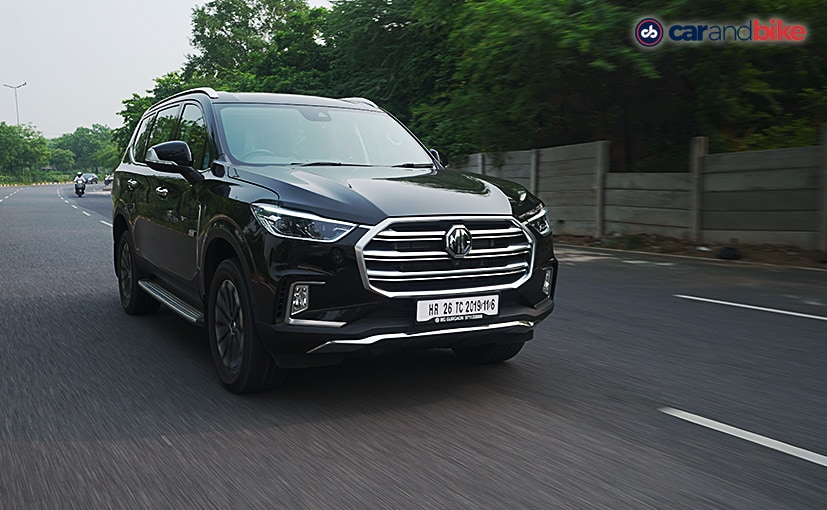 View Photos
The MG Gloster will be launched in India on October 8, 2020

MG Motor India will launch the MG Gloster SUV in India on October 8, 2020. The Gloster is a full-size SUV and is laden with technology and features. It will be India's first level-1 autonomous car with advanced driver assistance systems or ADAS. The Gloster is big, bold, has solid presence and occupies a lot of real estate too! At almost 5 metres in length, close to 2 metres wide and 2 metres tall, the Gloster has a huge footprint. The wheelbase itself is close to 3 metres, which means, the SUV has enough space for a third row as well.

(The MG Gloster gets a nice premium-feeling interior. The only problem are the plasticy buttons and the fact that the dashboard layout look very similar to BMW SUVs) 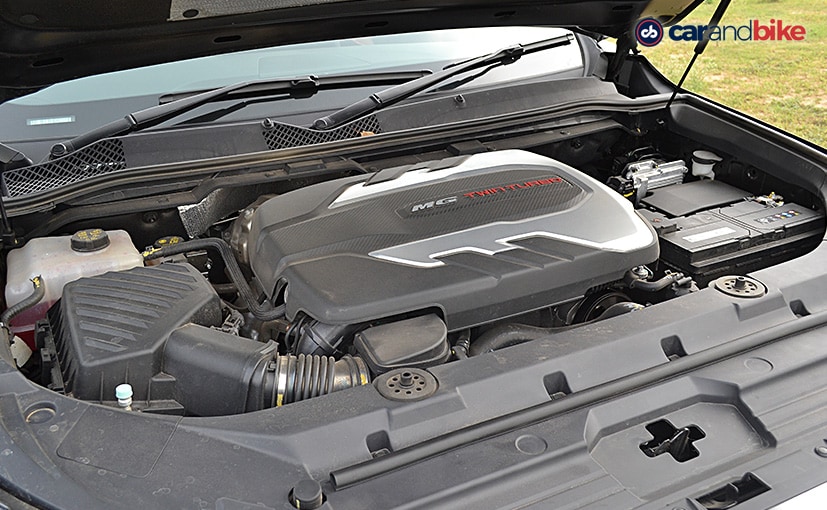 (Top-spec variants of the Gloster will get a 2.0-litre twin-turbo diesel engine that makes 215 bhp and 480 Nm. The engine is paired to an 8-speed automatic gearbox)

Then Gloster SUV gets an eight-speaker system as well as Android Auto and Apple CarPlay capability along with iSmart 2.0 integration that gets over 70 connected car features. Yes! The connected car features on the MG Gloster is only available from Smart trim onwards. The top-of-the-line MG Gloster Savvy 2.0 Twin Turbo trim gets the advanced driver assistance system (ADAS) or level 1 autonomous driving system, forward collision warning, automatic emergency braking, lane departure warning, automatic parking assist and adaptive cruise control among others. 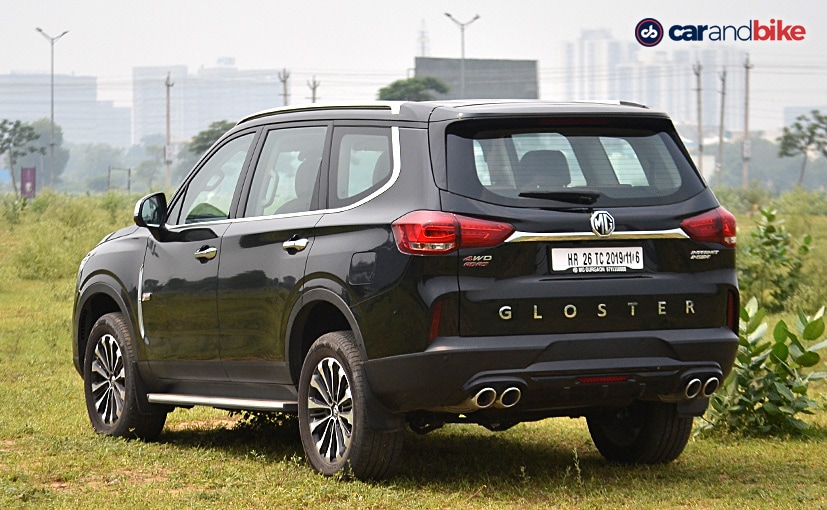 The 2.0-litre, four-cylinder turbo diesel engine is only available in the base Super and Smart trims and only in the rear-wheel-drive (RWD) spec. But the 2.0-litre twin-turbo powertrain is available in the Sharp and Savvy variants and gets four-wheel-drive (4WD) system as standard. Both engines are paired to an eight-speed automatic transmission as standard. The 2.0-litre twin-turbo engine puts out 215 bhp and a massive 480 Nm of peak torque which are class leading figures.

The MG Gloster will go up against the Ford Endeavour, Mahindra Alturas G4 and the Toyota Fortuner